The Rig Display panel manages which parts of the Rig can be seen at a given time. By default only the (green) Control bones are visible. But sometimes it is desirable to hide or show other parts of the Rig.

Furthermore the control bones (green) use custom shapes by default. That is, some of them are formed as rings which are placed around the Avastar body. The benefit of the custom shapes is that they can be selected easier. But sometimes it is desired to switch from Custom shapes back to Blender’s default shapes (Sticks or Octahedrons), see below. 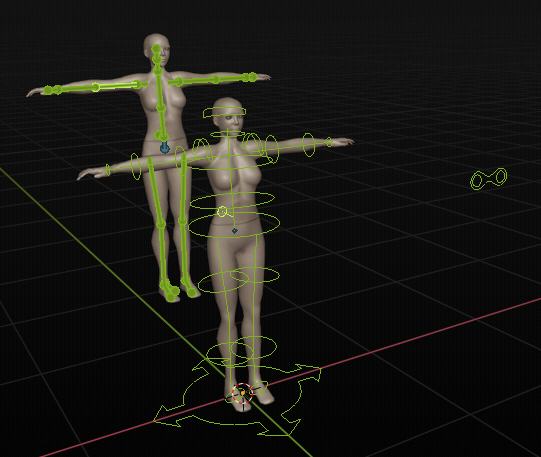 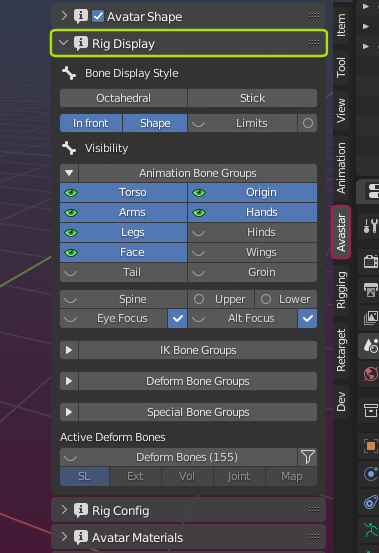 The first row of buttons changes the bone shape. You can select between 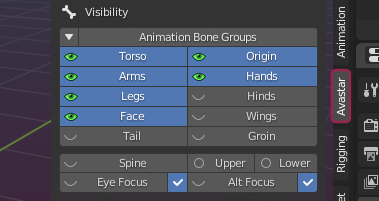 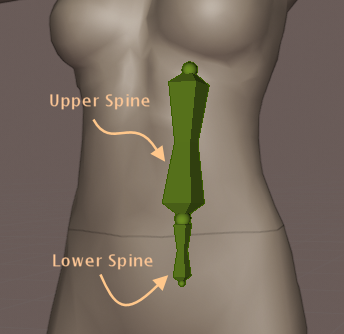 Note: You can fold/unfold the spine from within the Rig Config panel 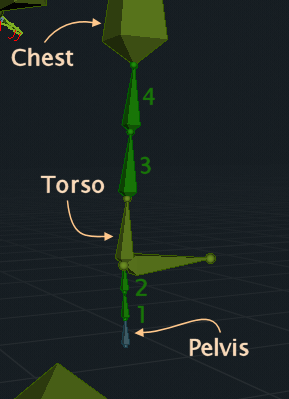 These buttons control which of the IK Bones (yellow) are visible 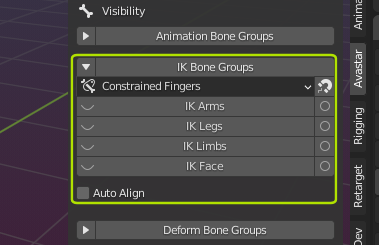 Note: The Magnet icon right to the IK Fingers applies the current visual pose to the FK Bones. 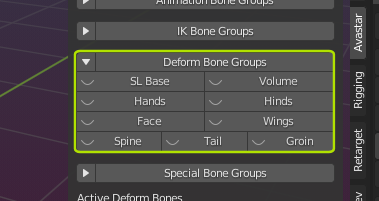